Toward Understanding the Outcomes of Monkeypox Infection in Human Pregnancy

Monkeypox is a smallpox-like disease that is a globally important emerging infectious disease caused by the monkeypox virus [1].

The infection is a serious public health concern in Central and Western Africa where monkeypox is endemic. The disease is most prevalent in the Democratic Republic of Congo (DRC) where most reported cases are found [2–6]. Despite its discovery >4 decades ago, little is known about this disease during pregnancy. There is an extreme paucity of data regarding the epidemiology, the natural history, and the impact of the disease on the mother and fetus. Data are lacking partly due to major challenges in conducting studies in the resource-limited endemic areas where monkeypox cases are confined.

Indeed, in recent years the majority of cases have been found in remote rural parts of the DRC where field research is extremely difficult due to poor roads and civil unrest [2, 3, 5, 6]. The above challenges are exacerbated by inadequate prevention measures and the lack of field-ready diagnostic tests. Mbala and colleagues bravely surmounted these difficulties to study the vertical transmission of monkeypox virus. In the current issue of The Journal of Infectious Diseases, the authors clearly describe a laboratory-confirmed case of mother-to-child transmission of monkeypox virus during pregnancy in DRC [7].

Beginning with a large cohort of 222 symptomatic patients, the authors studied the natural history of monkeypox disease. To determine the effect of the monkeypox virus on the mother and fetus, the authors then focused on 4 pregnant women within the cohort. In all 4 cases, hematology and clinical chemistry were within normal limits, but serum albumin levels were markedly decreased. One of the 4 women presented a mild disease and gave birth to a full-term healthy infant devoid of any monkeypox infection symptoms. Two women were in their first trimester of pregnancy; one had moderate and one had severe monkeypox infection, and regrettably, both miscarried. In contrast, the fourth woman had moderate monkeypox infection (102 genome copies/mL) and was coinfected with malaria. In this case, active infection was demonstrated by monitoring the monkeypox viral load, which increased from 102 to 106 genome copies/mL and resulted in interruption of fetal movements. Upon medical examination, the stillborn, macerated female fetus presented several prominent characteristics of monkeypox infection including diffuse cutaneous maculopapular lesions involving skin of the head, trunk, and extremities, particularly the palms of hands and soles of feet. The authors also incorporated virological, histological, and serological evidence to propose that the  fetus was dead due to monkeypox virus infection acquired through the placenta.

It also remains to be determined if pregnancy impacts the clinical progression of monkeypox in the mother and the vertically infected baby. Historical data suggest that antibody response to variola immunization helped control monkeypox for more than 3 decades. The recent reemergence of monkeypox may be imputed to a probable waning of cross-protective immunity to poxviruses conferred by the smallpox vaccine in individuals 30 years ago [10], as well as a steady increase among unvaccinated persons. By analogy, it is likely that maternally acquired antibodies can protect a newborn if infection occurs before delivery. Because monkeypox virus is a potential bioterror agent, maternofetal transmission adds another layer of threat that should be taken seriously. Therefore, in addition to prophylactic measures already being planned for the general population, a more targeted approach should be developed to prevent mother-to-child transmission of monkeypox virus. Similarly, therapeutic measures for pregnant women, fetuses, and neonates should be established accordingly. Pregnant women are unfortunately among various groups at increased risk for exposure to monkeypox because their immune system is altered during pregnancy and, therefore, it is essential to understand the implications of monkeypox infection for pregnant patients and their fetuses. Elucidating maternal and fetal outcomes in monkeypox infection is a very important topic, as monkeypox is associated with a life-threatening risk worldwide, including the United States, and results in high death rates in Africa.

IS MONKEYPOX VIRUS THE CAUSE OF THE OBSERVED FETAL DEATHS IN ENDEMIC SETTINGS?

Although a small sample size consisting of 4 pregnant patients infected with monkeypox virus, of whom one case was confirmed by state-of-the art laboratory tests, Mbala and colleagues unequivocally demonstrate that maternal monkeypox disease may lead to serious consequences, including fetal death [7]. In a previous report, Jezek and Fenner [1] also described one probable, non-laboratory-confirmed case of perinatal monkeypox infection
in DRC. This case was from a pregnant woman (~24 weeks’ gestation) with monkeypox infection who, 6 weeks later, delivered a premature infant who had a generalized skin rash suggestive of monkeypox disease. The child died 6 weeks later of malnutrition. Orthopoxvirus infections are known to lead to fetal death [11–13]. Indeed, infection with the smallpox virus, a related orthopoxvirus, is associated with an increased risk of morbidity and mortality in pregnant compared with nonpregnant patients [12, 13] and causes more complications including higher proportions of preterm delivery, stillbirth, and spontaneous abortion in pregnant than in nonpregnant women [14]. It is, therefore, possible that the fetal death due to monkeypox infection reported by Mbala and colleagues [7] is not an isolated occurrence. However, what mediates fetal death in human monkeypox infection remains to be determined. The observation that there was no obvious correlation between the severity of maternal disease and the deleterious effects to the fetus should warrant further investigation.

WHAT COUNTERMEASURES ARE APPROPRIATE FOR PREVENTING MONKEYPOX IN PREGNANT AFRICAN WOMEN?

Lessons learned from the first monkeypox outbreak involving humans in the United States in 2003 [15, 16] could help formulate an answer to this important question. This outbreak was associated with importation from Ghana, West Africa, of infected wild rodents that in turn infected prairie dogs and other small mammals used as pets. A total of 71 monkeypox cases were reported in 6 states [15]. There were concerns about how to advise pregnant women who could be exposed to infected pets, but luckily, there were no reports of pregnant women being infected. During this outbreak, the Centers for Disease Control and Prevention (CDC) released interim instructions for the prevention of monkeypox, using the smallpox vaccine or vaccinia immune globulin (VIG), and treatment of monkeypox using the antiviral drug cidofovir [17]. The smallpox vaccine confers significant cross-protective immunity (approximately 85% effective) against monkeypox and has been shown to reduce the risk of monkeypox among previously vaccinated persons in Africa [9]. Although smallpox vaccination in pregnancy is associated with a low risk of fetal vaccinia and can result in preterm birth, fetal death, and neonatal death [9, 18–20], the CDC recommended that individuals in different groups at risk for exposure to monkeypox be immunized with the smallpox vaccine, irrespective of their pregnancy status [15, 21]. VIG is a cocktail of antibodies purified from the blood of individuals immunized with the smallpox vaccine. VIG is used for the treatment of persons with progressive vaccinia, a complication of smallpox vaccination. As there are no data on its role in either Africa or the United States, the CDC did not recommend VIG for either prophylaxis or treatment of monkeypox. For the antiviral drug cidofovir, it should only be used as a desperate remedy to treat critically ill patients with monkeypox infection [21]. These prevention or treatment approaches could also be applied in Africa as countermeasures for monkeypox among pregnant women.

Information on the outcome of monkeypox among pregnant women and fetuses is very limited. The report by Mbala and colleagues sheds light on the natural history of maternal monkeypox infection and its serious consequences for the fetus [7]. The new data could assist in the development of an appropriate policy for prophylaxis and for management of pregnant women infected with the monkeypox virus. The data also underline the significance of conducting surveillance studies among wider population groups, including pregnant women. Efforts led by Mbala and colleagues have identified unique cases of pregnant women infected with monkeypox [7], which underscores the importance of formulating measures to protect mothers and fetuses. 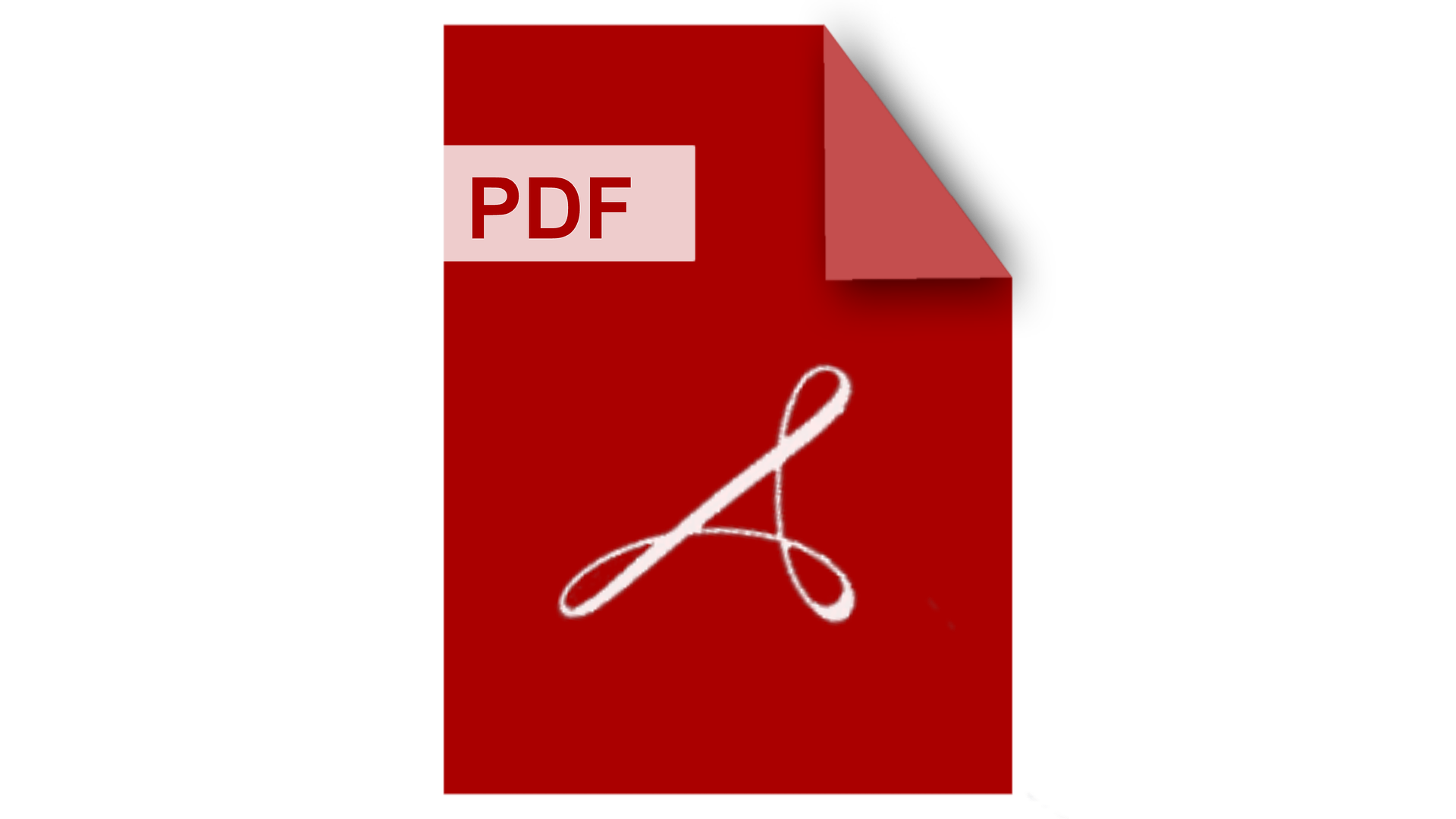